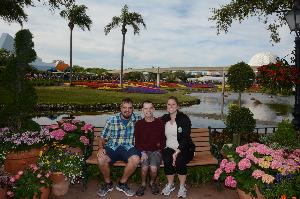 Join The Yankee Craftsman, LLC and Team Beans in supporting Autism Speaks. The Yankee Craftsman was founded in 2018, by husband and wife Tim and Kristen, in Summerville, SC. Since the inception of the company, they both knew that they wanted to be able give back.
Tim grew up with a younger brother with special needs and has always been very close to him. Growing up, Tim would coach, assist, and support his brother and the other athletes during Special Olympic events such as swimming and ice skating. His brother, while not officially diagnosed within the autism spectrum, he shares many similar traits within the spectrum. Tyler, nicknamed "Beans" by family, was born premature with Cerebral palsy and has been completely blind since birth.
Just like many other families that have been told their loved one won't be able to do much with their life, so was Tim's family. They were told he would never walk or talk or be a functioning member of society. Like so many other strong kids with disabilities, his brother proved them wrong. It was not easy and it put a lot of stress on his family at times. There were long nights, missed sporting events and other activities, either due to behavior or medical issues that arose. But today, not only can his brother walk and talk, but he even has a part time job at a tea shop.
Then Kristen came into Tim's life, to which she brought joy, laughter, understanding (as she knew the special bond that her now husband has with his younger brother) and the sport of running. With her guidance and maybe a little extra pressure, Tim started running with her. Together they have run many local 5Ks, one 10K and are currently training for a 1/2 Marathon.
While looking for their next race, they discovered this opportunity to give back. Not only does it involve their love of running but it takes place at Tyler's most favorite place, Walt Disney World.
We invite you to help The Yankee Craftsman and Team Beans in raising awareness, bringing understanding and help all who are affected by Autism.