Why I Walk for Autism Speaks 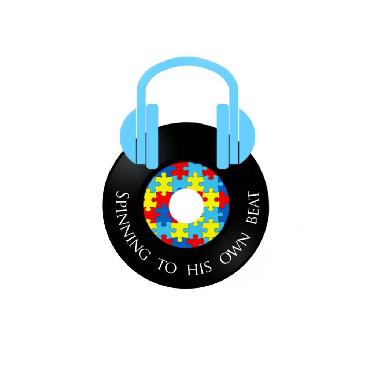 Thank you for visiting my page. This is our families 1st year participating in the walk for Autism Speaks. As a licensed special educator this mission has always been near and dear to my heart. However, this past November this mission became even more personal for me when my sweet little boy Connor was diagnosed with autism spectrum disorder. I spent 5 years as a special educator and suddenly here I am sitting on the other side of the IEP table!

I want to first take a moment and comment on how I arrived on our team name and logo. Connor's Crew is named in honor of my 3-year-old son Connor McClean. The logo of "Spinning to his own beat" came to be, because Connor LOVES to spin. I had the idea of a record and the saying I wanted incorporated. I then submitted my ideas to an awesome group of Facebook Fairies who submitted their designs and then our family voted on our favorite.

At Connor's 18 month check-up (May 2018), Connor was only saying 3-5 words. I remember telling the pediatrician that I thought Connor would benefit from Early Intervention. His pediatrician at the time told me he'd be happy to give me a referral, however thought it was best I wait until Connor was closer to two-years-old before pursuing it. He said it was typical for boys to be late talkers.

It was also at this appointment that Connor looked up at his pediatrician and said, "hello." This was not something he had ever done before. Little did my husband Doug and I know, but this would be the start of an explosion of speech for Connor over the course of the following weeks.

A lot of you have asked me what else I saw that led me to initially have him evaluated. Connor was only interested in looking at books. He would want us to read the same books over and over again. He wasn't showing a lot of interest in playing with toys. He loved the LeapFrog Letters we had on our refrigerator and would spend hours playing with them. Connor was also content on playing alone. He began to have very narrowed interests (clocks, planets, numbers, letters, shapes, months of the year, watches, etc).

Connor would walk on his toes at times. He was really into spinning, jumping, and crashing into objects. Sometimes when Connor would get excited he would jump and hand flap. He didn't have great eye contact. We noticed that he wouldn't consistently respond to his name. He was using a lot of pronoun reversal. Connor would often repeat the same phrases over and over again. He would often ask us questions that we knew he knew the answers to. Additionally, he would ask questions as a form of indirect requesting. Still at age two he was drooling, yet all his teeth were through. Connor would often engage in echolalia. He would chew on his clothes and be soaked. He began running into Doug and I and head butting us seeking sensory input. Additionally, he would run up to us and bite us, as well as bite himself. He began showing other signs of sensory issues. All of a sudden going to the barber shop was impossible without a meltdown. He was terrified of the buzzers. During swim lessons at the Weymouth Club, Connor would scream, cry, and try running under the door of the changing room due to the sound of the bathing suit dryer. He began to become a picky eater. Just looking at a texture of food that he didn't like would cause him to gag until he would vomit. He loves basketball and was really looking forward to attending my oldest daughter Kayley's basketball game. I recall him just losing his mind as soon as the first buzzer went off. He began screaming he wanted to go home. I mean full blown meltdown mode clinging to me for dear life kind of screaming.

He began to become really fascinated by letters and numbers. By 28 months, Doug realized Connor could read! At first, we thought he could read between 10-12 words, but a week later we realized he knew well over a 100! I started writing random words on flash cards and showing them to him. I kept the ones he knew in a Ziploc bag.

At 29 months, we brought Connor to Boston Children's Hospital in Lexington to be evaluated for Speech at the recommendation of Connor's new pediatrician. We met with Lisa Schonberger who then diagnosed Connor with Social Pragmatic Communication Disorder. Ms. Schonberger expressed concerns regarding Connor's lack of joint attention and pretend play. This diagnosis led us to receiving speech services at South Shore Therapies that was located at the time in Weymouth, MA. Connor would begin seeing Ms. Heather once per week for a 45 minute session. He quickly began to make progress with Heather and soon after, also began seeing Ms. Alexa for Occupational Therapy to deal with the sensory issues regarding food, movement in the gym to address some of the sensory input he was seeking so desperately, assistance in teaching Connor self care, and to work on fine motor tasks.

At 3 years-old Connor would FINALLY come off a wait list after waiting over a year to be evaluated by the Developmental Medicine staff at Boston Children's Hospital. Connor would see Dr. Leonard Rappaport, Dr. Dasha Solomon, and Dr. Aanchal Sharma. It was in Boston that Connor received a diagnosis of Autism Spectrum Disorder and Developmental Coordination Disorder. Let's face it... as someone with a background in special education I knew the diagnosis before I even read it. However, NOTHING could have prepared me for that moment. It was like someone knocked the wind out of me. I had spent almost a year prior to this visit telling family, friends, doctors, and other specialists that I knew Connor had autism. Everyone kept telling me he was fine. They kept pointing out how intelligent he is, which undoubtly Connor is yet it doesn't mean that Connor doesn't experience significant challenges in regards to social communication. The signs were there right in front of me, but it was hard to accept if I am to be totally honest.

Connor at 3 can read on a first grade level. He loves Paw Patrol, learning, emergency vehicles, reading, Tayo the Little Bus, and playing outdoors. He is funny, he is kind, he is incredibly intelligent, and unlike most beliefs surrounding autism Connor is extremely affectionate and loves hugs.

Connor was recently evaluated by Weymouth Public Schools, a district in which we live and I was a special educator in ironically. We are currently awaiting our eligibility meeting.

Presently, Connor still struggles with social communication, transitions, anxiety, fine and gross motor activities, sensory challenges, some aggression (hitting, kicking, pushing) and limited attention. He attends preschool 3 days per week, speech one day per week, OT for one day per week, and center-based ABA 2 days per week for a total of 7 hours per week.

Our family is doing this walk to help continue raise awareness. My goal is to continue to educate families of early red flags so their child can receive early intervention, which I believe is so crucial to long term progress.

Please consider donating to my team. We would love to have others join us on October 4th as members of Connor's Crew. Together we can make a difference!

Thank you all for your love and support,

Connor's Crew: Spinning To His Own Beat

If you think this page contains objectionable content, please inform the system administrator.

Registering as a Team Captain connects you to the largest fundraising event for autism in the world. The funds you raise will enhance lives today and create a spectrum of solutions for tomorrow.

Team Captains recruit team members that can include family, friends, neighbors, co-workers, school and religious organizations and more! Regardless of who joins, it is the role of the Team Captain to help team members become successful fundraisers.

As a Team Captain you will receive the following materials to help you in your recruitment and fundraising journey:


We know you have what it takes to become a Team Captain for an Autism Speaks Walk! Thank you in advance for your generous support and, most of all, for honoring all those who spoke to your heart and inspired you to walk with us.
Register Now!

Get connected to the largest fundraising event for autism in the world by joining a walk team today. The funds you and your team raise will enhance lives today and create a spectrum of solutions for tomorrow.

By joining a team you will receive the following materials to help you in your fundraising journey:


We know you have what it takes to become a participant for an Autism Speaks Walk! Thank you in advance for your generous support and, most of all, for honoring all those who spoke to your heart and inspired you to walk with us.
Register Now!

We understand that sometimes you just want to walk your own way! Register for an Autism Speaks Walk and get connected to the largest fundraising event for autism in the world. The funds you raise will enhance lives today and create a spectrum of solutions for tomorrow.

By registering you will receive the following materials to help you in your fundraising journey:


We know you have what it takes to become a participant for an Autism Speaks Walk! Thank you in advance for your generous support and, most of all, for honoring all those who spoke to your heart and inspired you to walk with us.
Register Now! 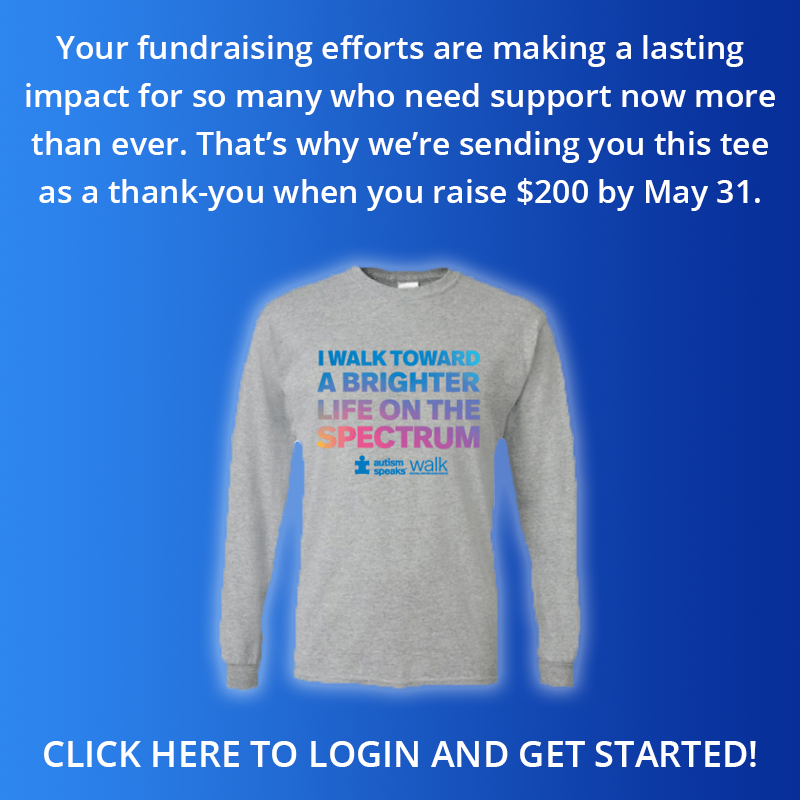