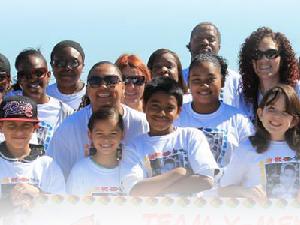 In early 2020 there was a movement in the IDP Fantasy Football community to influence Scott Fish to include IDP in his charity tournament. As a member of the community and looking to give back, the IDP Guys launched the inaugural season of the IDP Invitational with a goal to raise money for Autism Awareness.

One of the initial organizers of this charity league had a son with Autism, and did a lot with their local chapter of Autism Speaks. We adopted this charity for the league and went on to raise $2,000 in direct donations.

In the second year of the league we have a goal of $5,000. It's a lofty goal but the fantasy football community on twitter has shown they can rise to any level of need for a charity.

Please be sure to sign up for the tournament on IDPGuys.org, and regardless of if you are invited please consider a donation to Autism Speaks or a charity of your choice.

If you think this page contains objectionable content, please inform the system administrator.